"You are familiar with the challenges; you know the solutions. If you had no idea, with this, you now do. Now is the time to act. Do not read this and do nothing."- Editor's note.
Nigeria returned to the democratic path in 1999. But, 15 years after ushering the military out of the political space – a period that is on record as the longest unbroken spell of civil rule in the history of the nation – we can hardly boast of having entrenched basic norms and tenets of democracy in our system, leaving us a democracy only in nomenclature. Our ability to hold credible elections is still in doubt as both declared election winners and losers trade accusations of rigging, manipulation and impropriety after virtually every election. And with election results enmeshed in so much controversy, it raises serious questions as regards how truly representative government at all levels and across tiers really is. Also, the concept of the rule of law which presupposes that no one is above the law is anything but true in this clime. A significant cause of this seeming ‘movement without motion’ is because the same crop of people under whose watch the system deteriorated and the country began its descent into the abyss are either still in the thick of the action of governance, or are on the sidelines quietly pulling strings and calling the shots.


Nigeria has a very youthful population. With almost 40% of her more than 160 million people aged between 18 and 40, most dynamic of her demographics is one which ought to be active participants in the democratic process, key deciders of who ascends to the top of the leadership ladder, and even leaders themselves. Unfortunately, that is not the case. Before us is a need to identify the challenges of the youth in participating in the democratic process, and map out ways by which this situation can be turned around.

Poor Youth Participation: One major lesson that has been learnt from our democratic experience is that the old guard is very unwilling to vacate the scene for the youth. That just will not happen. Without making a conscious move for it, the youth will remain outsiders. If nothing, we have our own history to learn from. Our celebrated nationalists and a good number of those who still hold sway today all started out in their youth. Internationally, the leaders of two of the world’s most powerful democracies – Barack Obama of the US and Britain’s David Cameron – assumed office at very youthful ages.

Lack of Quality Education: The steady decline in educational standards across levels has left a significant intellectual deficit in the populace. In addition to waning academic performance of students, critical reasoning is not a notable feature of today’s young Nigerian. This makes it difficult for them to think above rudimentary levels, leaving them incapable of both leadership and the ability to rightly determine who is fit to lead them.

Lack of Patriotism: One major effect of the Civil War is the existence of suspicion among people of different tribes, the three major tribes especially. And the youth, who did not experience the war firsthand, have displayed a penchant for dangerously fanning the embers of strife. All of these makes them see themselves as belonging to one ethnic nationality or the other, a situation that hampers their ability to forge strategic nationalist and inter-tribal alliances necessary for taking power from the older generation who ironically tend to unite and manage their differences better when it matters the most.

Religious Sentiments: At no point in our national life have the Nigerian people been more divided along religious lines. The spate of terrorism ravaging the nation’s north is evidence of this, a situation that has attracted global attention and condemnation. And, just as it is with our ethnic differences, a coming together of youths of different faiths has been made all the more difficult as a result.

Lack of Ideological Political Parties: It is common knowledge that what we call political parties today are no more than associations of convenience for the benefit of a select few. With the absence of veritable political structures to identify with, youth who sincerely desire change lack platforms upon which their ideals and ideas can be effectively propagated. This either causes them to give up and back out, or get lost in the maze of confusion.

Influence of Money Politics: The massive and very dirty role of money in Nigerian politics perpetuates the cycle that sees past leaders and their cronies who corruptly enriched themselves use their loot to further perpetuate themselves in office and stay very relevant in the scheme of things. This acts as a disincentive for well-meaning youths, even causing many of them to succumb and fall through the cracks. Nothing illustrates this better than the steady decline in the influence of the National Association of Nigerian Students (NANS), a student body renowned for vibrant activism decades ago, but has now become a shameful tool in the hands of politicians.

Unemployment and Poverty: These twin evils, whose effects are especially felt by the country’s youth, have made them very desperate, politically passive, and more concerned about how to make ends meet than making sacrifices towards securing a sustainable future. 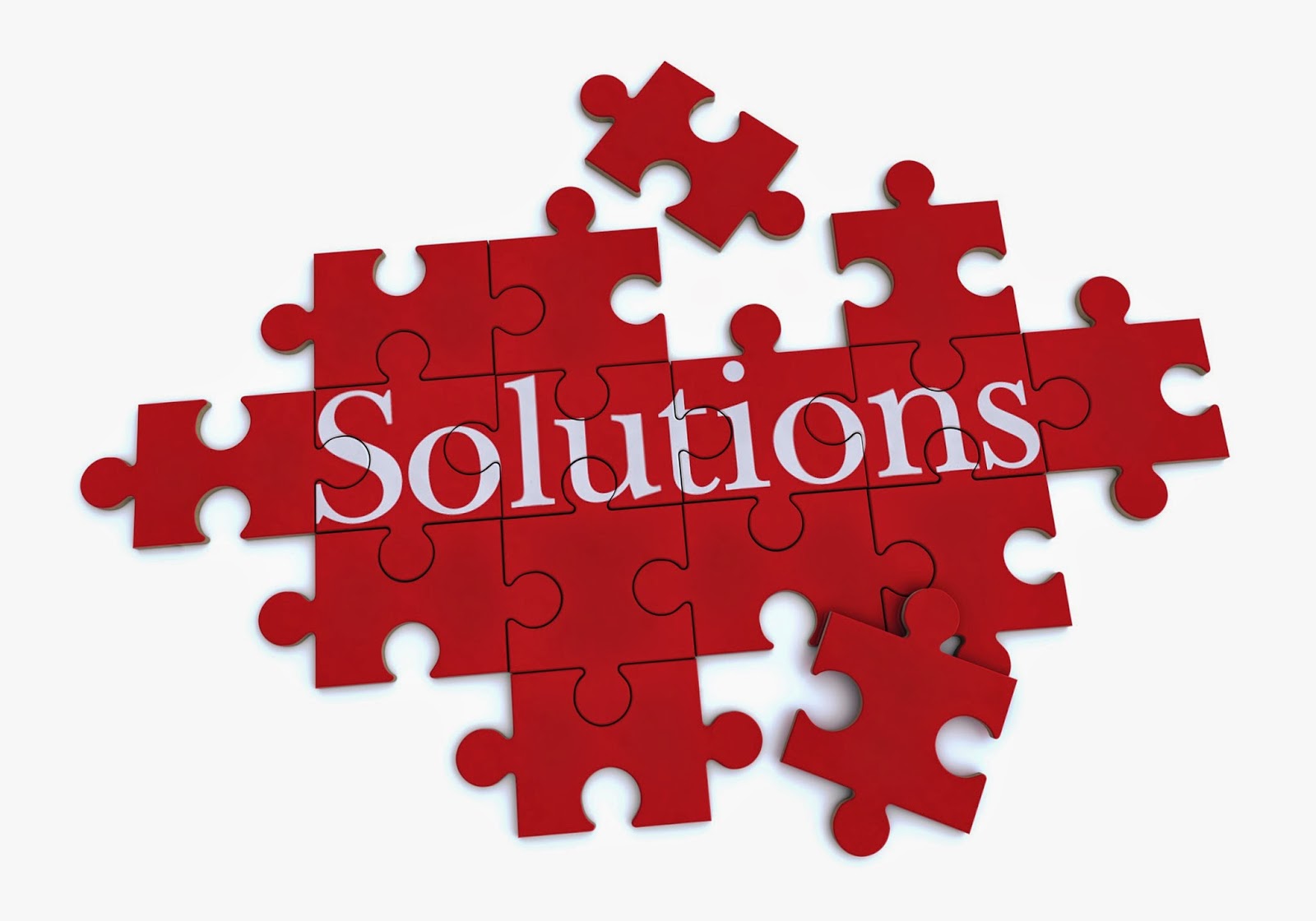 However, all is not lost. In the midst of all these challenges exist opportunities for turning the tide around. The onus is on everyone who desire and stand to benefit from a prosperous Nigeria.

Quality Education: Paramount among needs is an improvement in the quality and delivery of education in the country. This will imbue in the youth critical reasoning, civic education, quality values and norms, leadership education, all of which are very necessary in moulding tomorrow’s leaders and bringing about an informed electorate. Education should also be tailored to encourage tolerance between people of different tribes and religions, without which unity based on equity and justice cannot be meaningfully fostered.

Better Enlightenment: A more informed youth demographic will also serve as democracy watchdogs, strengthening the ranks of civil society and playing their part in ensuring adequate voter education, credibility of elections and the electoral process, the rule of law, etc.

Affirmative Action: Affirmative Action can also be deployed to correct some of the generational imbalances in the system. The deliberate and conscious effort to reserve a minimum percentage of both elective and appointive positions in government for the youth will be a step in the right direction.

Early Participation: Most importantly, sensitization campaigns on the need for the youth to start participating in the political process from very early on are essential. A return to the student unionism of times past is of the essence. The present culture of university authorities proscribing and pocketing student union governments should be condemned and rejected outright. This will enable youth leaders build a clearly visible political track record over time, which will be used to sell them in future.

It needs to be mentioned here that some private schools have started exposing students to democratic principles and electoral practices as these pupils/students are encouraged to vie for positions through declaration of intentions to hold offices, campaigns and voting. This practice is a good step in the right direction which should be replicated in every school. As has already been established, the government cannot be relied upon to do the right thing by themselves. They will need to be coerced into making these structural reforms that will engender youth inclusion in the democratic process and a systematic generational transfer of power. Civil society groups and international development organizations have a key role to play in this regard, both in driving government policies and in encouraging the youth to better prepare and position themselves for higher responsibilities in the democratic process.

Fortunately, we are in the social media age, with the recognition of social media as a tested and proven tool for achieving positive social change. That makes you and me very critical in the scheme of things, too. The purpose and tone of our social media engagements can turn the tide in our favour if we set our minds to it. It's not going to be an easy coast to victory; seeing that our youth get easily distracted by too many social issues battling for attention but with tenacity of purpose and willful determination, a vibrant, detribalizsed, highly educated youth demographic can emerge in the political space to be part of democratic processes from membership of political parties to occupiers of same through electoral platform and practices.


ABOUT OUR GUEST WRITER 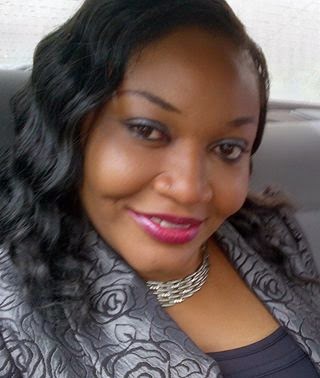 Petra Akinti Onyegbule is a sociologist, a development practitioner with bias for advocacy and a strong advocate for good governance in Nigeria. Petra is the  founder of Tiny Beating Hearts Initiative, an initiative which promotes awareness on prematurity as a major cause of neonatal/infant mortality. TBHI also mobilizes support for preemies born to economically disadvantaged families.
Posted by Unknown at 9/16/2014 07:46:00 pm