A STROLL WITH HELOISE DE SMET (For International Day Of Freedom) 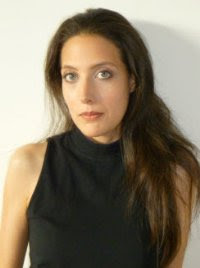 She’s the author of ‘The 7 keys to the Freedom of Being’ and blogs on freedom related issues at Purenrgy.com. Her interest in freedom motivated her to be part of a book project on freedom comprising of 100 authors around the world, and this in turn led her to start the International Day of Freedom as an international observance.

In course of our stroll, Heloise De Smet and I looked critically at the issue of freedom and how truly free we are in this generation. She also told me about her dreams and what it feels like to live in Belgium. Here’s my stroll with Ms. Heloise, feel free to join:


Ebenezar: Hello Heloise thanks a lot for having this stroll with me.

Heloise: Thank you for having me and for caring about the matter of freedom!

Ebenezar: What does it mean to be free?

Heloise: Well, it’ll mean something different to everyone, so I can only tell you what being free means to ‘me’. And, actually, that’s the thing about freedom: it’s all about ‘me’ and it’s all about ‘you’; it’s about ‘us’ but on an individual level.If we want to be free, we need to learn the meaning of the word I.

Now, to me, to be free means literally: the freedom of being.

Heloise: And if I want to give you a complete answer, I’d say this: Freedom is –according me– a birthright. It comes without obligations (My being free can’t obligate anyone towards me). But it does come with responsibilities! To be free means that I can make my own choices in life, no matter what they’re, as long as they don’t interfere with another one’s freedom. And if they do, I’ll have to face responsibilities. Thus when I invite people to celebrate freedom on the International Day of Freedom –and each and every day–, I’m not suggesting anarchism. I’m thinking about this amazing gift of life we have received, giving us the opportunity to live as free beings with respect for one another.

And I could give you a bunch of key words such as choice, responsibility, expression, etc. But words are just that: words. To be free means to me: to exist as an –free– individual. So, in essence, to be free is: to be.

Ebenezar: Wow... deep meaning I must say; is it possible to be totally free in life? Can an individual reach a state in life where he/she can be called 'totally free'?

Heloise: We are born free, although it doesn’t mean we’ll stay free or even that we’ll be able to live 100% according our own values. Based on where we’re born, in which context, on the beliefs we’ll be raised…  All of that will have such an impact on the way we think and see the world. Then it’ll influence our choices and actions. So are we –or can we be– totally free?

Yes. I believe so.

Why? Because, being free is a state of mind. And no one can take that away from you nor give it to you. What makes you free is: being authentic, being you, and living in congruence with your own values –the one you’ve learned from others but have re-think by yourself! Will that take work? Yes! And it’ll require a lot of critical thinking, and going down the rabbit hole of your own conscience. But, will it be worth it? Absolutely!

Now, this is my belief. And I think it’s a good one –meaning it’s a belief that serves me instead of limiting me, and my wish is that more people come to share this belief.

Heloise: It’s such a pity to hear people feeling unhappy about their lives, and saying that it isn’t possible to live free. And if you feel that way, you should give you the means to live the life you desire. But, let’s be practical, and consider your life as it is right now: we can agree that it’s not going to change overnight. But in the meantime, why don’t you change the way you see it? Like I said before, being free is a state of mind.

And if you are in need of inspiration, read The Fountainhead. A novel by Ayn Rand presenting a young architect who lives a life so far away from the one he desires and the one he’s meant to live. But he lives it anyway, without compromising his vision. He stays true to himself. And in that, I believe, he is free.

Ebenezar: The international Day of Freedom was inspired by a freedom project in which 100 people came together to write one book; that's really awesome. Can you tell us more about this project?

Heloise: The project was initiated by two men who thought it was necessary to bring out a book about freedom in France. So that people would learn more about freedom, what it means in our everyday lives, and mainly how our freedom is being jeopardized by new regulations. They came up with this great idea: 100 authors from all kind of backgrounds and ages, each addressing 1 specific topic. They created a collective under the name: La Main Invisible. The end result: 100 subjects such as freedom and responsibility, taxes, freedom of speech, retirement, the euro currency, education, drugs, homosexuality, poverty, healthcare system, unemployment, justice, media… All answering two questions: what is the reality now and what could it be?

Thanks to the Internet, and specially Facebook, the project reached enough people (including from other countries like me) and the book was published on September 20th under the title: Libres! “Free” as in “we, the free men and women, who believe the only way out of this mess we’re in, is to respect individual liberties”. 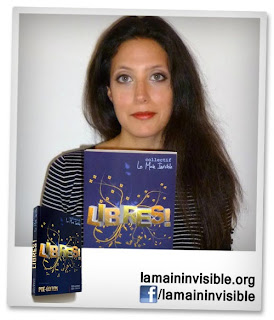 As the 20th was approaching, I thought to myself: wouldn’t it be great if the book was launched around an international freedom day of some sort. Surely with all the international days going around, you’d think there must be one dedicated to freedom. So imagine my shock when I couldn’t find any! And the International Day of Freedom was born.

Suddenly people started to get interested and I received emails from French, Germans… people I didn’t know, saying it should be named International Day of Liberty (why not Liberty Day while at it!), moved to another date, or that there was already such a day (although it was nowhere to be found), etc. And you know what? I don’t care. We made this day happen and if the ghost of Michael Jackson or whoever wants to set another International Day, so be it.

Heloise: (laughs) Yeah... But it was very important to me that we use the word “freedom” and not “liberty”. For me, this international Day of Freedom is about what freedom means to each and every one on an individual level. It’s not about politics, the economy or justice. It can be if you want it be, but it isn't by default.

Ebenezar: Apart from being a co-author through this project, you've also authored your own book entitled; 'The 7 Keys to the Freedom of Being''. What is this book about? And how can interested persons get their copy of this book?

Heloise: It’s about living your life as a free being. We will explore 7 aspects of your life leading to 7 keys. For instance how your life belongs to you and how you can give it another direction; how you’re responsible for your needs, actions and choices; how being authentic will set you free; how to replace limiting beliefs by ones serving your purpose…

So, it’s a self-help kind of book based on the work I had to do on myself, life experiences and professional ones, reading materials… It’s quite practical and I invited others to share their story or ideas, so I’m also quoting “unknown” people, who have something to say.
The book is in French and will available through Amazon, also on the Kindle. But it isn’t edited yet. I’m working on that as we speak, and I will post all the details on my blog this fall.

Ebenezar: What ways would you recommend for people and organizations around the world to mark International Day of Freedom?

Heloise: Start by talking about it. The more people know about it, the more they will be thinking about what freedom means to them. That’s the whole point. You can organize a flash mob or do something “free”, something that reflects who you are or who you want to be. As long as you respect the others, it’s all good!

For the first edition, last year, people sent pictures of something they did that day or something that reminded them of freedom. That was nice! Feel free to do that again this year, folks!

Ebenezar: Finally, Are you French? Because you seem to have so much link with France and what is life like in Belgium?

Heloise: I’m Belgian; half Italian actually, French speaking and living in Belgium. Belgium is probably the only country –that small– with 3 official languages: French, Dutch, and German. It makes things interesting or complicated, depending on your point of view. I believe it provides great opportunities if you use this in your advantage. But mostly people will find it hard, especially to find a job if you aren’t bi-lingual. It also creates tensions between the regions, but again, question of perception. The difference in culture between the regions is also what helps sometimes to maintain balance.

Politically, it’s quite funny. We were without a government for a while. I heard people abroad were laughing at Belgium, but maybe it helped us not making radical decisions at some point and not getting too much hurt by the crisis –yet.  I think we could do better though regarding to freedom, especially to support the entrepreneurs.
Now, I have the soul of a traveler, I love freedom, and the ocean, and a warmer weather, so I’d not mind moving either but I haven’t decided yet where I’ll sail my boat ;-)

Ebenezar: Aha! You can come to Nigeria then... (hahaha) Thanks a lot Heloise, for being my guest on the stroll today. Merci beaucoup--Pardon my French please :)

Heloise: (hahaha) I’d think about that... Thank you too! And to freedom!

I don’t intend to sound ‘spiritual’ or too religious, but the simple truth is; no matter the number of freedom bills passed, you can never really be free until you accept Jesus into your life.

Yeah, I know I’m beginning to sound like that preacher on TBN who you don’t like to listen to, but I’m sorry to tell you that, this is the truth. SIN is the greatest form of bondage you’d ever have, and until you’re free from sin; you can never really be free. Decide to be free today, give Jesus a chance in your life.

Till my next stroll; be good, be free, Jesus love you.