A STROLL WITH ASSED BAIG (For International Migrants Day)

“There are 232 million people living outside their country of birth, including myself” ~Ban Ki-moon. 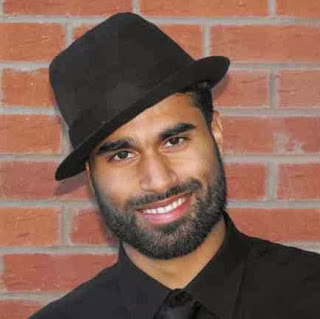 News of the drowning of over 300 migrants—including women and children— in the Lampedusa boat tragedy sent ripples around the world. It brought to our attention the deadly risks many of us take to survive. Sometimes these migrations are voluntarily and other times compulsory—no thanks to wars, famine, poverty, etc. But despite these obvious factors, what exactly is making people move?

This is the question Anadolu Agency wanted answers to, that’s why they commissioned an investigation into how Libyan smugglers transport undocumented migrants from North Africa into Europe via Italy. The investigative journalist on this case; my guest, Assed Baig; went on this risky voyage—disguised as a migrant—in search for answers, and his findings were really shocking.

For International Migration Day Mr. Assed strolled with me and told me about what he discovered during this investigation; what is causing the migration problem; and how we can provide a solution. Here’s my exclusive interview with Assed:

Ebenezar: It's a pleasure having this exclusive discussion with you Mr Assed, well done on your Investigation.

Assed: Thank you Ebenezar, happy to share my experience with you.

Ebenezar: So despite the risks involved you still decided to go on this investigation into human trafficking, why? What got you interested in it?

Assed: It was an assignment I was asked to do on behalf of Anadolu Agency. It appealed to me because although the issue of migrants trying to cross into Lampedusa had been covered, I felt that this particular investigation would shed further light on the process, and how the smuggling works.

Ebenezar: From your investigation, what do you think is the major cause of the Africa-Europe migration?

Assed: It is poverty; as simple as that. People from the global south are attempting to reach the global north in search of a better life. There is a perception that once they reach Italy or other parts of Europe their life will be better and easier and that migrants will be able to send money back to their families. 80% of the world’s population controls only 20% of its wealth. 20% of the world’s population controls 80% of its wealth. If we are to look into it further, I think we can start talking about the world’s wealth being in the hands of the 1%.

Ebenezar: Yeah, really dicey statistics there, so how then do we solve this migration problem? Is there really a way out?

Assed: The migration 'problem' is a result of something much wider and broader. I'm a journalist, not a politician or a philosopher. I can only tell you what I observe. Migration is a result of inequality in the world’s wealth and its distribution. It is the failure of states to take care of their citizens and we have a system that favours the global north and the elite in the global south. If we want to change migration and inequality then maybe we should start looking at the system that creates the problems that we see today.

Ebenezar: Okay, many migrants who embark on this dangerous journey to Europe believe the pastures are always greener in the western world. As a person who has tasted life on both continents, is this really true?

Assed: I am always privileged. I'm a British citizen, and although I am brown skinned I can always fall back on my nationality. Is life easier in the West? It can be. Anything is better than a war-torn country, but I think the fact that people have to leave their homelands to go live somewhere else is a very sad thing. People may escape poverty in their home countries, but let's face it the xenophobic and racist climate is not exactly welcoming in the West. You are only okay if you are rich; Simple as that.

Ebenezar: Talking about the western world. I became one of your biggest fans the day I read your essay; 'Malala Yousafzai and the White Saviour Complex'. It was really a controversial one and I'm just thinking, don't you think this 'white saviour complex' is also one of the causes of migration?

Assed: I think that article as a response to post-colonialism analysis of the whole Malala response by Western politicians and the media. If we look at it closely, migration is a result of colonialism and the state those countries were left in after the colonialists left—having destroyed their economies, and everything else. I also think that Westerners sometimes have this saviour complex when looking at the global south. I like to challenge Eurocentric thought and question the motives and thought behind certain actions.

Ebenezar: Exactly I’ve noticed that in you, I've also noticed that most of your journalism is anti-popular opinion. You seem to be interested in the story behind the news. What do you think made you develop this attitude of thinking beyound the surface? Perhaps your early life?

Assed: I come from a minority community in the UK. For me having an alternative view of the world comes naturally, I feel. Watching the news as a kid, listening to my dad's commentary was the first step. I knew there was something wrong with what I was hearing on the news. It didn't make sense to me. I believe it is the job and role of the journalist to be the eyes and ears of the people; to ask the difficult questions, to hold power to account; and to ruffle the feathers. If we are not challenging the official narrative then we are not doing our jobs. There is always something more to what we see and hear on the mainstream news.

Ebenezar: Can you tell me a bit about your early life?

Assed: I was born in an inner-city area of Birmingham—UK's second city. It was home to a large Kashmiri community. My dad worked in a factory and my mum was a housewife, doing her best to raise children on the little money my dad had left after paying the mortgage and bills. I struggled at school because it wasn't a very good one. The white middle-class teachers didn't understand the culture we came from, didn't want to, maybe, and well, i just felt like I was always in trouble. Classrooms are very unnatural environments. We're supposed to sit there in silence whilst the teacher talks, indoors, and it is boring. You can't learn that way. It's schooling not education. Maybe the teachers thought they were helping out the brown kids.

Ebenezar: (hahah) okay? Those are some 'colourful' adjectives I must say.

Assed: Seriously, I remember being stopped and searched by police for no reason. In the middle of the street, whilst people drove past, asked to empty out our pockets. Reports got home before I did, and we were always assumed to be guilty, our elders trusted the police. I didn't grow up with the same view, it was through experience.

I ended up going to a racist secondary school. There used to be a 'Paki bashing' day where the school kids got together and decided to beat up the 'Pakis'. The brown kids. The black kids didn't have to face it. they were with the white kids.

Ebenezar: Oh no, that was awful…

Assed: I felt like they had assimilated and our names and mannerisms were different.... Anyway, these are some of the things that shaped me and made me who I am today.

Ebenezar: Okay, one final one, you visited Libya in course of your investigation and many people have said the promise of the Arab Spring hasn't really been experienced in countries like Egypt, Tunisia, etc. Is Libya a different case?

Assed: Libya is different because there was NATO intervention. I am not sure what Libya will look like in ten years. I am not sure if the militias will win over the politicians. I don't know what the Arab spring is anymore; it seems like revolution met with counter-revolution. Change is never easy and no one, or movement is perfect. There are many problems in Libya. The treatment of migrants and black people is just some of them. I don't know what an 'Arab spring' looks like, or how it is supposed to look like. I know Egypt has had a massive counter-revolution. The military have flipped everything on its head. I think we need to re-look at the so called revolutions, and put it in a wider context. It is never as simple as it seems.

Ebenezar: Yeah I guess it is not, thank you so much for your time Mr. Assed, I wish you success in all your projects.

We’ve never had this amount of migrants in the world ever before which means, many more people are on the move; searching for a better life. But even as I am not against changing your environment to get better chances of success; I strongly believe the first change should start from inside you. No war, famine, or natural disaster can inhibit you from succeeding as much as your mind; it’s all in your head!

Governments also need to be reminded that we are one humanity and as such, the rights of migrant workers should be protected as much as the right of their citizens. This is also the message International Day for Human Solidarity—December 20th—preaches; let’s join our hearts, and open our doors to all those who have no homes. Kudos to all the countries who have been housing Syrian--C.A.R, and other war stricken countries--refugees for these three years or so that the crisis there has been on. Let's say NO to Violence and adopt better conflict resolution skills.

Pheww! It has really been an awesome experience strolling around the world  with so many great people in 2013; and sharing their stories with you, as well as their ideas on how we can solve global problems. I still remember my first stroll with Merit on World Book Day in April 2013; and here we are in December. I give all thanks to God for the grace to ‘walk’, and also to you too for always reading my strolls; the responses I get from readers inspire me to keep on strolling.

I will be away in January on vacation, so let me say Merry Christmas and Happy New Year in advance. See you on World Cancer Day 2014. Till then, always remember the United Nations belongs to us—it’s our world, our responsibility; this is Ebenezar Wikina signing out for the last time in 2013; Happy Holidays; remember not to spend all you have in the festivities so you wouldn't crash in January; Jesus Loves You.

"...These people lived as prisoners in foreign nations but they have returned to Israel,the most important place in the world, and they own livestock and property." [Ezekiel 38v12B, Contemporary English Version]