"God, grant me the serenity to accept the things I cannot change, the courage to change the things I can, and the wisdom to know the difference." Reinhold Niebuhr
Suicide is a dark topic. The church sees it as a sin. Starting in the Middle Ages the law made it a crime. Then suicide passed to the mental health profession. So, what is suicide? Sin? Crime? Mental Illness? All three? Many of us who have contemplated suicide saying that suicide is an attempt to escape the pain – a longing for death because life looks impossibly difficult and hurtful. This poignant longing is hardly a new thing.Suicide addiction goes against all common sense. It is among the last things that one would expect to be addictive. But for addicts, it is the best answer.

There are also others for whom the mere idea of suicide is enough; they function efficiently provided they have their own means of escape always ready: a hidden cache of sleeping pills, a gun at the Back of the drawer. 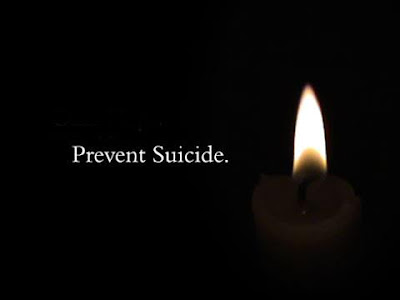 For suicide addicts, suicide is not what it appears to be. It is totally a different experience. For them, suicide became the drug they coped with and an escape from pain. They came from variety of backgrounds, had experienced crippling depression. They felt inadequate, unworthy, alone and afraid. Their inside never matched what they saw on the outside of others. As their feelings of helplessness and worthlessness grew, dying seemed as their only relief. Suicide became an option. They sometimes got trapped by intensely painful circumstances.This made many become true addicts & other survivors of suicide.Many times it came to the brink of action, retreating with hearts pounding exhilarated by the illusion that it is God-like in the power that was held over our own lives. Some persons retreated from that decision, hoping it was not a sole choice, only to tire and decide they could no longer endure the pain. Many made attempts to end life only to awaken sickened by the realization that our best efforts had failed. This increased the guilt, self-hatred, remorse, emptiness, and pain. Mornings after mornings promises to stop these fantasies of death were made to desperate families and friends. But suicidal fantasies killed any chance for true life.
But little did we know, we had the victory over life asunder lying in our palms when Brother Paul said;
‘Brothers and sisters I do not consider myself yet to have taken hold of it. But one thing I do: Forgetting what is behind and straining toward what is ahead’
So all we just have to do is forgetting the past behind us. Even if the past could be very overwhelming but we do have a savior who has paid the price of suicide that is JESUS CHRIST. . . yeah he has paid it all, he did that on the cross of Calvary where he died for you and I. So we have the victory over life asunder.

ABOUT OUR GUEST WRITER
Queeneth Agubamah is an aspiring Psychologist and addiction counselor. She's the founder of Therapy Me; Africa's first Online rehab. her dream is to have as much rehab centers in Africa as there are fast food outlets. She's trusting God to help her meet the emotional needs of people around the world and help them get over every bad habit they are fighting. you can visit her blog here or follow her on twitter @gubique
Posted by Unknown at 9/10/2013 06:44:00 pm